History of Auctions: From Ancient Greece to Online Auctions

The wave of public acceptance and appreciation threw aside the prejudiced, stereotypical images of the auctions. The scenes of a dark wood paneled room, with parallel-lined chairs and spotlights highlighting the object for sale, are no longer the only tools for this venerable selling method.

The auction process is no longer limited to the here and now. The traditional hammer strike to end the auction and finalize the sale represents a much smaller portion of today's auction.

Auctions, which allow the bidder to be found on the phone through a representative, have created a big change in sales with the advent of the internet. But first, by researching the history of auctions in depth, we can understand their development, establishment and how the concept of online auctions entered our lives today by reading this article.

History of the Auction

The first auction-like activity recorded was BC in Ancient Greece, where women were auctioned by their families as brides, which it was held in the year 500 may not surprise you.

The Romans were also keen advocates of the auction process and regularly sold the property of war spoils, slaves and debtors at auction. In fact, the entire Roman Empire entered the auction area in 193 AD, when the Praetorian Guard killed the emperor Pertinax and offered the highest bidder ever, what was deemed unacceptable.

But after the fall of the Roman Empire, its popularity waned until the 17th century, when candle auctions rose. A candle was lit at the beginning of these auctions and the end was determined by when the candle was flamed. By doing this, no one will know exactly when the final bid will be made, which added a sense of anticipation to the short-lived final moments of the sale. 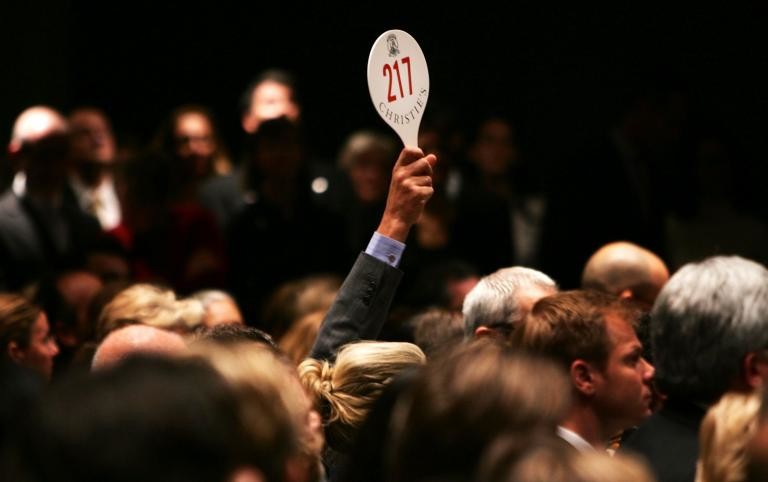 The charm and excitement of an auction is well known, often attractive for very rare items, at attractive prices, and this is even more true in today's age with a reaction to mass-produced consumerism and the rare buying desire of buyers.

The search for individual and interesting, unusual objects has never been more common.

However, in recent years, even the most traditional auction houses have noticed the boom in online auctions and have begun to explore these ever-expanding antique buying, rare artifact-finding platforms.

According to the European Foundation for Fine Arts, the online art auction industry accounted for 6 percent of worldwide art sales, with sales of £ 2.8 billion in 2014.

This increase in popularity of online auctions shows no signs of slowing down. Given the seemingly unstoppable online transition trend of all markets, it is natural for auctions to follow suit, as both buyers and sellers now use the online route for the best prices and make sure that as many people as possible are aware of what might happen.

Your browser does not support our web site! We recommend upgrading to the current version of one of these supported browsers